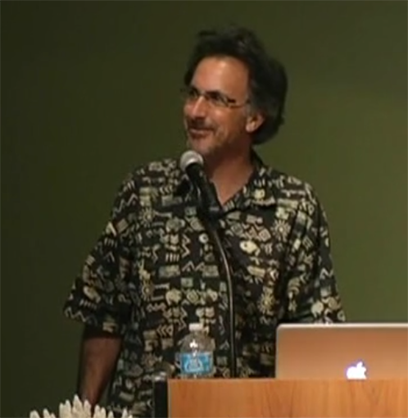 David Hastings is a marine geochemist and chemical oceanographer who teaches marine science, environmental studies and chemistry at Eckerd College. His primary interest is paleoclimatology, which is to reveal the history of past climate changes as revealed in ocean sediments. Dr. Hastings also is engaged in research on the impact of the 2010 oil spill in the Gulf of Mexico on the ocean sediments and microplastics in Tampa Bay.

Dr. Hastings believes that it is important for scientists to actively engage in policy conversations with the public and with elected officials. David focuses on solutions in addition to laying out the scientific basis for the concern scientists have for the future of our planet.

A video of the event is here:
The Willis Leadership Lecture series invites esteemed speakers annually to address the Shorecrest community. This year's theme is "Fake vs. Real." Two additional speakers are part of the series this academic year:
Indira Lakshmanan
"Real vs. Fake News"
(spoke in October)