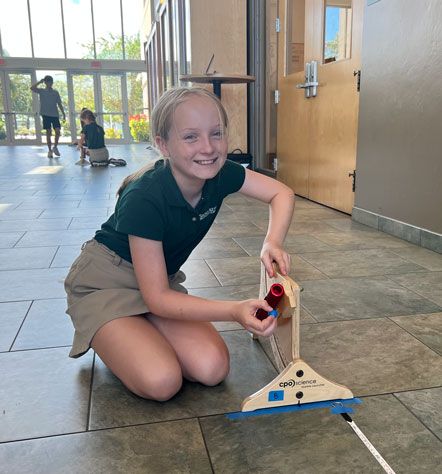 Published on: 9/23/2022
by: Curtis Cruise, Sixth Grade Science Teacher
During hands-on class sessions this week, sixth graders launched marbles and measured the distance the marbles traveled when launched from different angles to practice the collection of reliable data. The students then calculated the data's central tendencies such as mean, median, mode and range. They used the data to create a graph.

Using their graphs, the students will predict the launch angle the marble catapult will need in order to hit a target at a known distance.

This activity demonstrates the importance of collecting good data by performing multiple trials, changing only one independent variable, and using graphs to make logical, scientific predictions.