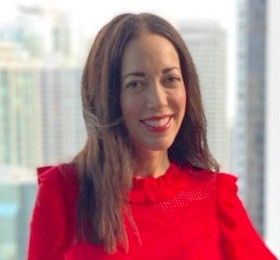 Published on: 9/16/2022
by: Zara Peters '21
Alumni Spotlights share the stories of Chargers in all phases of their careers and lives after Shorecrest. Our latest article spotlights Kim Rappaport ‘91, Senior Vice President of Business and Legal Affairs at Columbia Records, who's been working behind the scenes for years to bring music to the world.
Kim gave us an update on where life has taken her since Shorecrest:
“I live in New York City now and am currently the Senior Vice President of Business and Legal Affairs at Columbia Records, which is a record label under the Sony Music Entertainment umbrella. Columbia has artists of all ranges and genres – from pop stars Harry Styles, Adele and Beyonce, to iconic legacy artists Bruce Springsteen, Celine Dion and Bob Dylan, to current rap stars Pharrell Williams, Tyler the Creator, and Polo G.
“I’ve been at Columbia for the last six years although I have been a music lawyer for almost 20 years (fifteen of them at Sony). I started my legal career in private practice in Washington, D.C. at the law firm of Arnold & Porter. Eventually I became a digital anti-piracy litigator. This was back when music streaming services were not licensed like they are today, and when it was a hard time for the music industry. I worked on a big lawsuit for Sony, which was how I was eventually able to move in-house. In the general counsel’s office I continued to work on litigation doing some interesting “you-stole-my-song” type copyright cases. Then I moved into employment and transactional work, which led me to make a leap to my first Sony record label, RCA Records. From there I moved on to a bigger opportunity at Columbia Records, where I am today.
“In my personal life, I bought and am restoring a farmhouse in the Hudson Valley, which is in upstate New York. There are a lot of creative types in the area, and it is full of natural beauty. My adopted small town lets me relax from the madness of New York City life. It is also where I have my vinyl record collection and now gardening obsession.”
Kim explained that after attending Shorecrest through elementary and middle school she went to the International Baccalaureate Program at St. Petersburg High School and received an IB Diploma. She then earned a Bachelor of Architecture from Cornell University and a Law Degree from American University.
She reflected on her time at Shorecrest saying, “the small classes and personalized academic attention at Shorecrest gave me a great foundation for the intense academic programs I went into after. I am forever grateful for that.”

“Shorecrest brought many great people into my life who I continue to keep in touch with today. I am proud to be part of my class of distinguished alumni, including Patrick Wilson ‘91. I remember seeing his name on legal work as part of a Columbia released Barbra Streisand album and thinking, ‘Wow, who would have predicted this?’”

She also reminisced on the art and music programs at Shorecrest and the emphasis that is placed on the arts.
Kim says the most rewarding part of her job is negotiating and drafting new artist record deals. She says, “It is exciting to see who the artist becomes. One example is the Australian artist, The Kid LAROI, who had a massive hit with Justin Bieber last year called “Stay.” I have worked on this project at Columbia since day one, and for years before this song was released. Now the world gets to share in it – music is the ultimate connector.”
Kim’s advice to current Chargers is: “Having a strong academic backbone can set you up for life.”