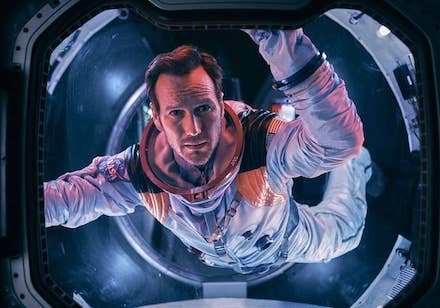 Published on: 6/21/2022
by: Bill DeYoung
You could count on less than one hand the number of St. Petersburg families that include a bona fide movie star.

Celebrity, of one sort or another, is a hallmark of the Wilson clan. Patriarch John was the evening news anchor at Fox 13 for three decades. Mark, his middle son, has been the station’s anchor since 2005; Mark’s older brother Paul owns Tampa Bay’s successful advertising, marketing and public relations firm Wilson Media. Paul is also a film and TV actor.

Patrick Wilson, the youngest of John and Mary K. Wilson’s boys, graduated from Tony-nominated performances in Broadway musicals to above-the-title roles in A-list films including Aquaman, Insidious, Running With Scissors, The A-Team and all three of the mega-hot movies in the Conjuring series. He received a Golden Globe nomination for the FX series Fargo.

A graduate of the city’s arts-centric Shorecrest Preparatory School (Class of 1991), Patrick Wilson earned a BFA in Drama from Carnegie Mellon University. His first big cinematic role was opposite Al Pacino and Meryl Streep in the Mike Nichols-directed HBO adaptation of Angels in America (2003).

You can take the boy out of St. Pete, but you can’t take St. Pete … well, you know the rest. Wilson and his brothers will reunite this weekend as their collective alter ego, a rock ‘n’ roll band called The Wilson Van (the name is a sly nod to Van Halen, another hard-rocking brother band). Featuring Paul on vocals, Mark on shredding lead guitar and vocals, Patrick on drums and vocals – with longtime family friend Bill Malik playing bass – The Wilson Van performs Sunday at 7pm at Jannus Live. Like all the band’s infrequent performances, this show (tickets here) is about jamming out and having fun – and about raising money for the Wilson Family Foundation, which to date has raised more than $200,000 for local charities.

The Catalyst spoke with Patrick Wilson from his home in New Jersey.
St. Pete Catalyst: What was it like growing up in that family?
Patrick Wilson: I grew up in a house where we all played sports, and we all had to leave early to go to choir. And we all played instruments. I had equal amount of jock friends as I did theater friends. Part of that’s going to a real small school, but a lot of it was growing up in an environment at home where you were just supported, whatever you wanted to do. The only thing I remember is Mom making a choice to put us into piano just to make us understand some basic music reading and theory, before we transferred to other instruments.
What was the goal while you were taking theater classes at Shorecrest? To get to Broadway?
You know what’s weird? I couldn’t even fathom how movies were made. So I had no dreams of like, ‘I want to be in movies,’ I wanted to be an actor. I wasn’t even specific about wanting to do musicals. There were plenty of other guys at Shorecrest that knew musicals a whole lot better than me. ‘So, you like Sondheim? Who’s Sondheim?’ I was listening to Van Halen and ‘80s rock; I was not a musical theater guy. I loved singing, but I never put two and two together. I loved doing musicals in high school, but it’s not like I knew any of the musicals I was doing before I did them. I just wanted to be an actor and wherever that took me.
It wasn’t until I auditioned for Carnegie Mellon, and got in, and the head of the department said ‘Our program is both – it’s musical theater and it’s acting.’ That really narrowed my focus. When I was there and getting exposed to all this musical theater I was like ‘Oh, OK. This seems like a good lane to start in.’

And that’s really where I formed actual goals: I want to be on Broadway. I want to do an original recording. I’d like to be nominated for a Tony, all that stuff. And I felt like I would get into movies in my 30s. If I can, if Broadway will have me, let me do the Broadway thing and then I’ll get into movies later. Which is what happened.