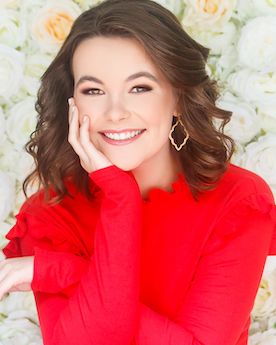 Published on: 10/14/2021
by: Raffi Darrow, Ebytes Editor
Ava Johnson ‘24 has aspirations of being a leader in her community, possibly as a Florida state Senator. She will be able to get a glimpse of what this means when she shadows a Senator for a week during the 2022 Regular Legislative Session as part of the Florida Senate Page Program in Tallahassee in January.
“I will be seeing how laws are made, developed, and passed,” Ava explained. “I’m truly curious to see how it actually happens. I know there is so much behind the scenes we don’t normally see. I’m hoping to gain a lot more knowledge of how government systems function and to confirm that this could be a future path for me. The coolest part is that at the end of the week the Pages will all do a mock Senate and create our own laws and pass them after observing for a week how that actually happens.”
To prepare for the program, Ava is taking Mr. Heller’s American Government honors class this semester. “I was supposed to take it second semester, but I rearranged my schedule and took it first semester to prepare me a little bit more to go.”
Ava became interested in leadership at seven years old when she started a club for herself and her friends, and has directed that passion toward government for the past year.
“I felt a calling on my heart in 2020 that I have to be a leader - in my society, in my state, in my country - I don’t know what it looks like, I just know that’s what I have to do. I’m driven toward that goal and I am taking leadership opportunities little by little.”
Ava also hopes to share a message about leadership with younger Chargers. Last summer she wrote three children's picture books and recently donated them to Shorecrest’s Lower School Haskell Library “in hopes to inspire people like me - young people. That it’s OK to want to be a leader and they should be a leader, because our society needs it now more than ever.” The books are titled “Am I a Princess,” “What Does a Princess Look Like, “ and “What Does a Princess Do?”
“A princess isn’t about the stereotype, it’s about a lot more on the inside,” Ava shared. “I want to inspire little girls like I was."
In addition, Ava has a series of videos online in which she interviews leaders about qualities they hone and advice they have for youth striving for leadership.
Ava started attending Shorecrest just last year, and has already made her mark as a Student Ambassador and as a recipient of a Janet Root Rising Star Award and Outstanding Thespian Award, and induction with academic honors into International Thespian Society and Tri-M Music Honor Society (now Vice President). She was a ninth grade Student Council Representative and Summer camp counselor, and is Vice President of the “Red, White and Blue Club” as well as entertainment editor of the Upper School student news blog “The Chronicle.”