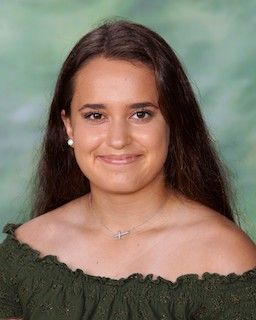 Published on: 9/23/2021
Shorecrest Preparatory School senior Jaina Swann ‘22 was selected as a delegate of Florida Girls State in June 2021.
Florida Girls State is a week-long, hands-on, educational workshop focusing on the American political process, sponsored by the Florida American Legion Auxiliary and hosted at Florida State University. The goal of the nonpartisan program is to help students better understand democratic ideals and the roles individuals play in carrying out these ideals.
After a strenuous application and interview process with the local American Legion Post, qualified high school juniors are selected to become citizens of and participate in creating a mythical state through the election of public officials on local, county and state levels and then by carrying out the duties of these respective offices.
Later in the week participants create a Congress including a House of Representatives, Senate and another fictitious governing body.
Jaina wanted to participate to deeply understand American government before possibly entering the military in the future. “Our family is very proud of our country. My mom came from India as an immigrant. It makes me respect more of the freedoms I have here in America.”
Jaina was elected City Secretary while at Girls State. To move on to state level positions, the girls had to pass a mock bar exam. After learning from a guest attorney’s presentation for just 2 hours about general law, everyone had 45 minutes to study - and Jaina passed the exam! She was then elected as a Congresswoman in the House of Representatives.
“It was very inclusive. We still hung out with girls in the other party. We all respected each others’ opinions. We debated by talking and listening to each other, not shouting. And we cheered on whoever we were voting for. It was a lot of fun,” Swann said.
Participants also introduced and argued their own Bills in a Legislature. Swann said ideas were shared based on real-world issues, and as a “city” they voted on whose Bills were most likely to be passed. Her Bill was selected to be presented in Congress.
“I started appreciating and respecting the military and their sacrifices when I was in Middle School. The Bill I wrote was a Veterans’ Rehabilitation Act and was about assigning a life counselor to every Veteran so they can transition into civilian life better when their term of service is completed or they are medically discharged. My Bill passed in the Senate and House of Girls State,” Swann proudly shared.
Jaina has already signed up to be a future counselor to work with future Girls State participants.
“I would recommend Girls State. I loved it. It was very informative and fun. I learned a lot about the government. I learned I can take tests well. I met other girls who want to go to the military academy and share similar interests and beliefs - all from Florida.”
To be selected as a Florida Girls State delegate, applicants must be a high school junior who demonstrates strong scholastic achievements, excellent leadership skills and character, and confidence while speaking publicly. (American Legion Auxiliary sponsors a separate but similar program for young men called Boys State.) It is estimated that approximately 19,000 young women participate in Girls State programs throughout the nation each year. Two citizens from each Girls State are selected to participate in the annual Girls Nation program for additional immersive learning in Washington, D.C.