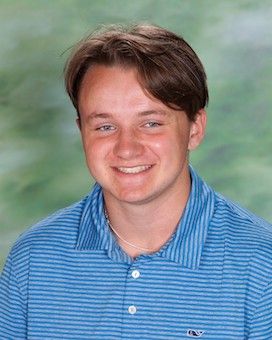 Published on: 9/9/2021
by: Raffi Darrow, Ebytes Editor
After a strenuous application and interview process with the local American Legion Post, Shorecrest Preparatory School senior Nathan Brown ‘22 was selected to spend time last June in Tallahassee as a member of the 77th Florida Boys State.
American Legion Boys State is among the most respected and selective educational programs of government instruction for U.S. high school students. A participatory program in which students operate a mock local, county, and state government, Boys State was founded in 1935. (American Legion Auxiliary sponsors a separate but similar program for young women called Girls State.)
At Florida Boys State, roughly 300 high school juniors convened at FSU for a week to gain hands-on leadership experience by taking part in the political process through civic role-play exercises. Participants are organized into mythical cities and counties, and “run for office” as real candidates do in the everyday world. From there, they learn the duties of the various city, county, and state officers, and they introduce and argue their own bills in a Legislature.
“Your dorm is your fictional town,” Nathan explained. “The dorm floor is your county. And you are given a fake political party. The placement is random. The first day we elected a Mayor, City Attorney - which I was, and other city positions. County level is day two. Everyone votes. Real voting machines were used, so it felt like a real process.”
The entire program is non-partisan. Problems are considered without reference to any existing political party to enable the participants to understand some of the responsibilities they will encounter when they become adults.

Later in the week participants create a Congress including a House of Representatives, Senate and another fictitious governing body. Brown became a member of the House, where the teens tried to get Bills passed based on real-world issues. “If the Bill passes all three branches [during Boys State events], the Governor will look at it and consider it as a real Bill,” Brown shared.
“You have to know about politics and respect the US. I did a lot of research before my interview. They are looking for those who show patriotism - love and trust in your country; and those showing you want to help your country.”
“The experience taught me how government works - it’s a lot of checks and balances - and also how to give a speech.”
Brown found the program’s guest speakers to be very inspirational. “I heard pretty much every gubernatorial state official speak. I saw DeSantis, Jeanette Nuñez, John Dailey, some of the Senators and Representatives. I thought the best speaker was John Dailey, the Mayor of Tallahassee. They were teaching us to follow our dreams.”
Brown’s other political and leadership experiences through Shorecrest include Model United Nations and HOBY Youth Leadership. One of his favorite service projects was the Teen Voices Online program at the Dalí Museum, and you can still hear Nathan explain artworks in some of their audio guide entries.
Brown wants to return as a Boys State counselor in the future. “It was definitely one of the more formative experiences of my life. I’d like to help people the way they helped me.”
To be selected as a Florida Boys State delegate, applicants must be a high school junior who demonstrates strong academic performance, excellent interpersonal and leadership skills, and confidence while speaking publicly.