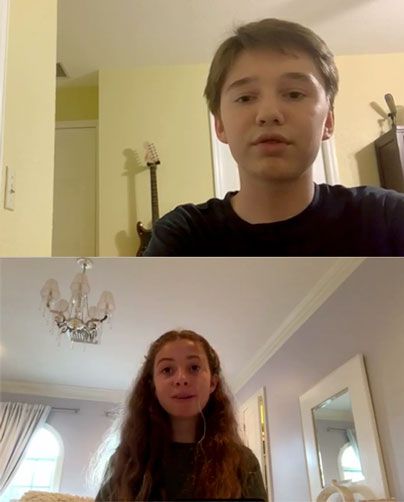 Published on: 11/19/2020
by: Nayka Miller, Middle School Spanish Teacher
Eighth graders paired up with students from Ramon y Cajal, a school in Madrid, Spain, that hosted an exchange program with Shorecrest last year. Spanish students left each other video messages on Flipgrid about their daily routines, favorite sports, birthday celebrations, how they spend their free time and more. Chargers were able to leave video responses and ask additional questions. In many ways they were similar, such as riding bikes and playing video games in their down time, and in some ways their days are very different, such as the late hour they eat dinner and go to bed in Spain.

The "video pen pals" had over 375 hours of engagement with each other and were able to practice many conversational language skills. This type of communication in a foreign language requires more competency than simply answering questions in a classroom.

Thank you to Shorecrest parent and International Connections Co-chair Nuria Hahn for providing the first contact with the Colegios, and to Lower School Spanish Teacher Señora Jaime-Allwood for organizing the exchange that keeps on giving!