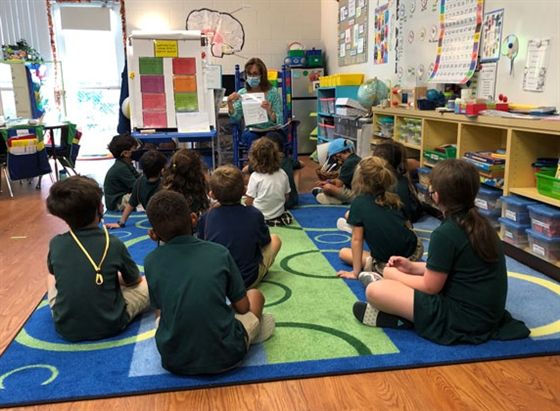 Who Do You Want on Your Pit Crew?

Published on: 10/23/2020
by: Nancy L. Spencer, Head of School
This weekend is the Firestone Grand Prix of St. Petersburg. I have learned a lot about IndyCars through my son Stan, who works as a performance engineer for Ed Carpenter Racing.
Originally scheduled for March, the Grand Prix has taken place annually in St. Pete since 2003. Due to the pandemic, the IndyCar Series started the season with virtual competitions, with professional drivers competing in virtual iRaces, which were televised on national TV. To make up for missed races, IndyCar has had five “double-header” weekends, where races took place on both Saturday and Sunday. This weekend’s race is the year’s final competition for the IndyCar season.
IndyCar races occur on both oval tracks and road courses, unlike NASCAR races which are primarily on ovals. The St. Pete Grand Prix is a road course and takes place on a temporary course, utilizing downtown streets and one runway of Albert Whitted Airport. It is 100 laps and a driver will cover 180 miles in 90 minutes, at times hitting speeds of up to 175 miles per hour. It is a grueling task which requires a special athlete at the helm.
While an IndyCar driver leads the team, he or she relies on a group of people to help achieve success. No matter how talented a driver may be, without the support of a pit crew, it is unlikely that a driver will ascend the steps of a podium to claim a winning spot. The work and wisdom of a driver’s pit crew is the difference between success and failure.
Teachers can be a child’s best pit crew.
A pit crew is made up of people who want the best for a driver. A driver relies on the pit crew to:

Consider the role of a pit crew both before and during a race. A pit crew prepares the equipment for a driver, working to ensure that the car is sound and in peak shape to endure the miles of road ahead. During the race, the pit crew performs feats of mechanical magic in less than seven seconds. This closely orchestrated accomplishment is the result of countless hours of group practice and requires the dedication, discipline and knowledge put forth by each pit crew member.
By definition, a pit crew must work together, united for a common goal. For each person to fulfill their role, the group must have huge trust in each other, and the driver must have supreme confidence that the pit crew will deliver. Practice, patience, and even forgiveness when there is a mistake, are essential to the success of a pit crew.
A driver and a pit crew, like teachers and their students, work together and succeed as a team.
Best of luck to all the IndyCar teams this weekend. I know I will be rooting for the #20 ECR car!
All the best,
Nancy