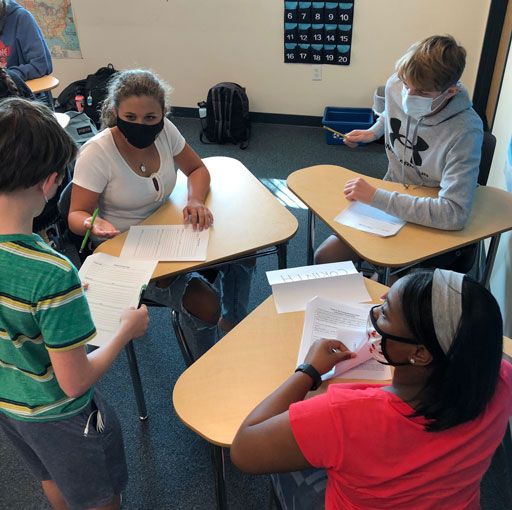 Path to the Peloponnesian War

Published on: 10/16/2020
by: Kayla Brazee, Upper School History Teacher
Ninth graders taking Global Studies participated in a Path to the Peloponnesian War simulation activity. The Peloponnesian War was a war fought in ancient Greece between Athens and Sparta, the two most powerful city-states in ancient Greece at the time. The Chargers were divided into the Greek city-states of Athens, Sparta, Corinth, Thebes and Thaos. Members of each small city-state had to work together to determine their position on Athens and Sparta, while the Delian and Peloponnesian Leagues had to determine which smaller city-states they could strategically align with in order to prevent war and/or consolidate their power.

After each city-state researched their particular relationship with Athens and Sparta and determined who they wanted to form an alliance with, ambassadors from each group were sent out to make treaties with other city-states. For both classes, the smaller city-states chose to align with Sparta because of Athens' previous treatment of them.