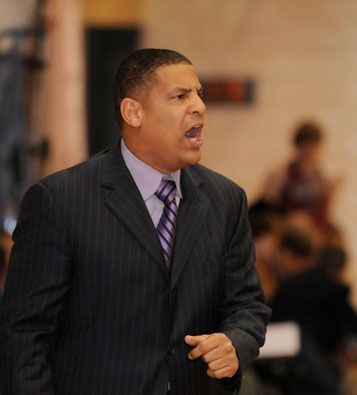 Published on: 5/21/2020
by: Anthony McCall, Shorecrest Athletic Director
Barry Bearden has been selected to lead the Shorecrest Physical Education Department and the boys’ basketball program as the varsity head coach. Coach Bearden, a native of Birmingham, Alabama, worked at The Altamont School in Birmingham for 15 years. During his tenure he served as a Physical Education instructor, Athletic Director and head basketball/tennis coach. As a tennis coach his boys’ team won the State Championship in 2010 and 2017 while finishing State Runner-up in 2016. His basketball teams competed in one the most competitive Areas in the state, but managed to win 4 area championships and advanced to 3 Regional finals.

Coach Bearden has coached and mentored athletes in the Birmingham area who have matriculated at Auburn University, Cornell, Georgia Tech, Stanford, the University of Alabama and the University of Texas. He most recently served as the assistant head coach at Huffman High School (Birmingham) where he helped the varsity basketball team capture the 6A State Championship.

As a former athlete Coach Bearden excelled in basketball and was named to All-Metro and All-State teams at West End High School. After being recruited as a football and basketball player, Coach Bearden selected basketball and attended UAB where he was a starting point guard (he was also the school’s first ever quarterback). He spent a brief stint playing in Europe before ending his playing career.

“We are excited to have Coach Bearden as a member of our team," shared Anthony McCall, Shorecrest Athletic Director. "His knowledge, charisma and innate ability to connect with adults and children of all ages will be assets for our department.”