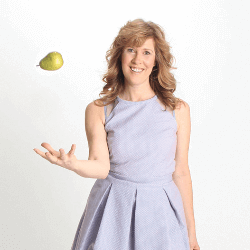 Published on: 5/21/2020
by: Olivia Segalman, Advancement Associate
This year’s theme for eighth grade English was "navigating authority." Students learned different ways of compiling various sources of authority and ultimately learned to make personal decisions after evaluating what their families said, what their communities said, and what their peers said.
During the last trimester of the school year, students read “The Omnivore's Dilemma” with an eye toward Michael Pollan's claims, support and bias. At every stage, students were evaluating the strengths and weaknesses of his arguments.
Since Pollan was only writing about food in America, eighth grade English dove deep into understanding that American food attitudes are not objectively "right" but instead a cultural construct determined by our land and its people. Susi Bean, a volunteer parent with Shorecrest’s International Connection, helped the class get exposed to different views on food, specifically, what is considered to be healthy eating in different cultures and countries, what impact the landscape has on food production, and how people interact with the landscape and cultural attitudes towards food to produce national ideas about cuisine. When Shorecrest pivoted to distance learning in March, Susi lined up speakers who were comfortable sharing via Zoom.

Dr. Angello’s class meet with Shorecrest parents Geoff Cowan, who spoke about food and culture in Australia, Zeina Kantar, who taught students about Lebanese food and the Meditteranean diet, Paula Cooper, who presented on her experience with chilled food production in the UK, and Mandy Blume, a kosher Chef and farmer who teaches children in the foster care system how to grow food and prepare it in the most beneficial ways.
Thank you to our informational guest speakers for providing students with a diverse view of food production world-wide! Dr. Angello shared a few highlights from the presentations:
Students were encouraged to use evidence from these speakers to reinforce arguments for essays at the end of the unit. The essay prompt was, "Which of Michael Pollan's four food chains would best feed your household: Industrial, Industrial Organic, Local Sustainable or Hunter Gatherer?